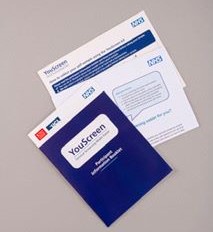 Since the YouScreen HPV self-sampling study, led by King’s College London, was launched in February, GP practices in the London boroughs of Barnet, Camden, Islington, Newham and Tower Hamlets have reported a very positive response from their patients. Cervical Screening Awareness Week (14-20 June) is an ideal time to remind women and people with a cervix in these boroughs, who are overdue their cervical screening by at least six months, that they can complete the HPV test kit themselves at home.

YouScreen kits are being offered by GPs during an unrelated appointment if a person is at least six months overdue their cervical screening. Kits are also being mailed directly, via the national screening database, to those who are 15 months overdue. HPV – human papillomavirus – can lead to cell changes in the cervix that may become cancerous. These can easily be treated if picked up early.

“YouScreen is a gamechanger. It’s been very encouraging to see that when GP practices give patients the opportunity to try a YouScreen kit, they value using it. We hope that when people receive a kit in the post at home they respond to it just as positively.”

The YouScreen Study is assessing the effectiveness of offering HPV self-sampling to increase the uptake of cervical screening. Identifying HPV allows treatment of abnormal cells in the cervix so we can stop cancer before it starts. Kits will be offered via GPs at participating practices and by post until later in the year.