The ALDO (Avoiding Late Diagnosis of Ovarian Cancer) project is a partnership between the North Central London Cancer Alliance and Abcodia Ltd. It was conceived in 2017 when the former Cancer Vanguard set up by NHS England challenged industry to work with the NHS on projects to improve the early diagnosis of cancer.

For further information on the project, please contact the project team on uclh.ALDO@nhs.net.

What is the purpose of the project?

Women who carry a mutation in the BRCA1 or BRCA2 gene are at a high risk of developing ovarian cancer. The only way to prevent ovarian cancer is to have risk-reducing surgery (having the ovaries and fallopian tubes removed). However, many women delay having surgery for a number of reasons such as wanting to complete their family, avoiding early menopause and associated symptoms, or because they have other significant health problems which make surgery too risky.

There is currently no standard surveillance or monitoring recommended or in place for this group of high risk women who do delay having surgery. The aim of this project was to test a method of surveillance within the NHS and gather evidence to help the NHS decide whether this should be adopted as standard practice.

Read more about women living with a BRCA gene alteration 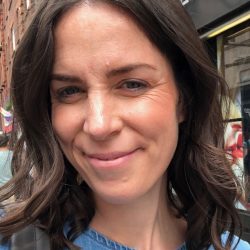 What does the project involve?

The project began in 2018 and was funded up to June 2021. 875 women have been recruited. Women were eligible if they had a mutation in the BRCA1 or BRCA2 gene and had not had risk reducing surgery to remove their ovaries and fallopian tubes.

Participants were required to have a blood sample taken at their GP surgery or local hospital every four months. These samples were sent off and tested for CA-125, a protein which increases in cases of ovarian cancer. The result of the CA-125 was then analysed by the ROCA Test, which indicated how likely it was that a woman currently had ovarian cancer.

The ROCA Test calculates an individual’s risk by looking at their age, their menopause status and previous CA-125 levels – if any are available. Some women whose risk score was elevated, needed to have further investigations, such as an ultrasound scan. These were carried out in one of the centres taking part. Women were recruited from centres around the UK in London, Manchester, Southampton, Cardiff, Oxford, North Tees, Birmingham and Leeds.

Routine surveillance with the ROCA Test does not prevent ovarian cancer, but it can detect the cancer at an earlier stage than if no surveillance is done. The ROCA Test has been tested successfully in several clinical trials over the past 15 years involving over 200,000 women.